“It’d be easier to understand me if we do the interview over video chat due to my speech impairment.” I’ve written a couple of dozen iterations of that sentence in my emails over the past two years. Ever since I graduated from Columbia’s Journalism School, I’ve been working as a freelance journalist. I’ve been fortunate that a handful of publications accepted my pitches and published my work, with some of them even bringing me on as a permalance. I have mild cerebral palsy, which affects my speech and mobility. A significant part of a journalist’s job is to interview sources to quote in stories and to gather background information.

It is a tad bit ironic that, as a journalist, verbally communicating is considerably harder for me. I do my best to make the listener’s job as easy as possible. Almost 100% of the time, I inform the interviewee of my speech impediment, and that speaking via video chat, instead of over the phone is easier for me; then they can read my lips as I speak. Another perk about video conference platforms is that they often come with a chat-box, so I type out my words in times of severe misunderstanding.

In the days and weeks after most of the U.S. shut down to slow the spread of COVID-19, everything—from school to work to socializing, and even to weddings—has moved online, most notably onto Zoom. People have been on Zoom calls so much that “zoom” has become a regular verb, just like google. (Side note: what happened to Skype?)

At first, I let out a sigh of relief. I liked the idea of talking over video chat as the new “norm.” In pre-pandemic times, video calling wasn’t something most people regularly did, so when I’d bring it up as a suggestion, it would feel somewhat awkward. But now that it’s becoming such a common thing, I thought it would become one less hurdle. I wouldn’t need to necessarily “request” a meeting or interview to be over Zoom or Google Hangouts since “meeting” over video chat has become the new default.

However, instead of this new reality moving my life forward, it has, in some ways, moved it backward. Throughout high school and college, participating in a class discussion had been challenging, especially in a large class setting. When professors or classmates didn’t understand me, I would type out my comment or question in a text-to-speech app. This would often create an awkward lag in the natural flow of the overall discussion. The class would have to either wait for me to type my words or continue and come back to me once I had finished typing. When the latter occurred, sometimes the class would’ve proceeded way ahead with the conversation that my remark would be too late or irrelevant.

Interestingly enough, I have seen the same issue occurring on multi-people Zoom calls. Video chat presents its own unique challenges. Coupled with technical issues, such as weak internet connection or microphone feedback, a speech impediment can cause further muffling on the receiving end. As a result, I’m finding myself staying quiet and not actively participating in the calls.

Even with such advances in technology, I—along with other people with disabilities—am experiencing the same issues as I had over a decade ago. The issue of people and technology not understanding my speech patterns goes beyond the confines of video calls. For example, voice assistance devices, such as Siri, Echo, and Google Home, can significantly improve the lives of people with mobility or dexterity difficulties, but not if they also have a speech impairment. As a society, we’ve become gradually more accepting of people with various disabilities. But when it comes to people who speak differently than what’s considered the norm, progress is slow to come. 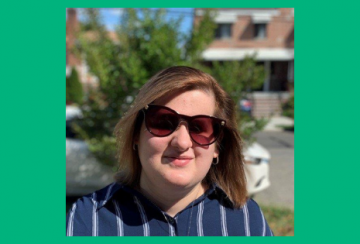 By Selma Sulejman As I sit down and begin to […] 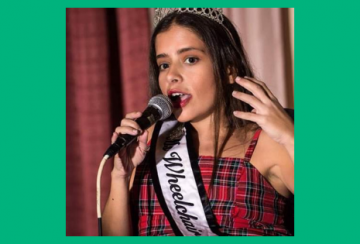 Somewhere Over the Rainbow

By Katherine Magnoli For as long as I can remember, […] 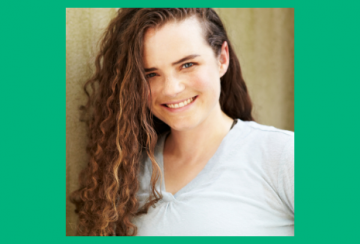 By Jenny Sichel Every night for the past two months, […] 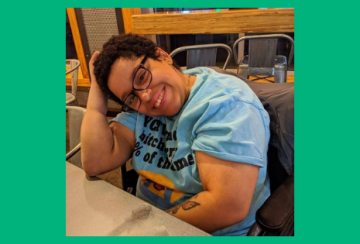 What is a Luxury to Society During this Pandemic? From a Person with a Disability’s Perspective

By Larissa Martin By definition, luxury is a state of […] 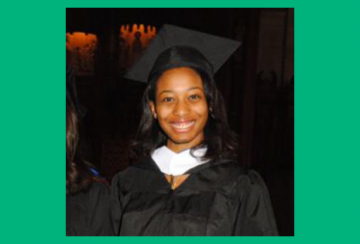 The Benefits of Working from Home 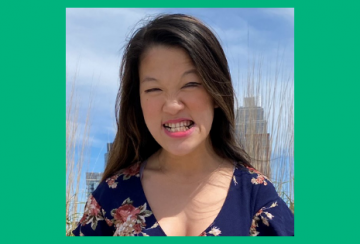 Zoom-Ing with a Speech Impairment

By Sarah Kim “It’d be easier to understand me if […]